Terahertz-time domain spectroscopy (THz-TDS) has developed since the late 1980s when pulses of electromagnetic radiation at terahertz frequencies were successfully generated and detected in the time domain. This invention enabled the region of 3–50 cm–1 (0.1–1.5 THz) to be investigated. This part of the electromagnetic spectrum was previously difficult to research using far-infrared spectroscopy as the power of conventional light sources is weak in this region. THz-TDS uses femtosecond pulsed visible lasers in conjunction with a semi-conductor material such as gallium arsenide to generate the THz pulse which has the capability of time-resolved far-infrared analysis with picosecond resolution and the determination of the refractive index. This technology has been widely accepted by the physical chemistry community and, in 2000, the first analyses of proteins and DNA was attempted.1 The initial results for proteins were characterised as monotonic increases in absorbance with increase in frequency, which could be interpreted as an ensemble of infrared active collective modes. These early THz spectra, while free of discrete peaks, stimulated research groups around the world to attempt to find applications for this new technology in the field of protein chemistry. The older field of far-infrared spectroscopy was also invigorated, as it overlapped the spectral range of THz-TDS (between 50 cm–1 and 100 cm–1) and provided detail of the spectra next to that analysed by THz-TDS. This article will review the latest research on proteins and peptides using THz-TDS, p-germanium lasers (75–85 cm–1) and far-infrared Fourier transform spectroscopy below 350 cm–1.

Since the 1960s, far-infrared Fourier transform spectroscopy (far-IR FT-IR) has been applied to a range of relevant molecules including polyamides (polymers of one amino acid) and n-methylacetamide (NMA), the simplest molecule with a peptide bond. Analysis with NMA suggested that the absorbance spectrum between 50 cm–1 and 350 cm–1 was dominated by modes associated with hydrogen bond stretching (NMA modes at 100 cm–1 and 200 cm–1) and peptide backbone bending and torsion (NMA modes at 198 cm–1 and 290 cm–1).2 The analysis of polyamides supported the hypothesis that absorbance above 50 cm–1 was dominated by hydrogen bonding and peptide backbone modes. While this work was informative, it was not easily translated to the spectra of larger proteins. Lysozyme, for example, has a broad intense band centred on 150 cm–1 and a second minor band at 320 cm–1, a pattern mirrored in other proteins. Interpretation of the protein’s broad intense band around 150 cm–1 is controversial; it could be due to a combination of individual modes associated with the peptide backbone, intra- and inter-molecular hydrogen bond stretching plus collective modes within the protein structure. The monotonic increase in absorbance, with rising frequency observed between 3 cm–1 and 67 cm–1 using THz-TDS, may be the leading edge of the broad intense band observed by far-IR FT-IR. Research groups have differed in their interpretation of protein absorbance below 350 cm–1, some favouring its interpretation in terms of collective modes3 and in terms of a population of intramolecular hydrogen bond modes,4 depending on whether they are approaching the subject from the terahertz discipline or the far-infrared discipline, respectively.

Both collective modes and the population of intramolecular hydrogen bond modes of a protein are a function of the tertiary structure of the macromolecule. This provides the opportunity of using either far-IR FT-IR or THz-TDS to study protein structures and structural change. The use of terahertz spectroscopy to study protein dynamics is of particular interest, as it could complement current nuclear magnetic resonance (NMR)-based methods. A key study using THz-TDS studied bacteriorhodopsin, a photoactive membrane protein from Halobacterium salinarum.5 It is a photo-driven proton pump that has seven helical transmembrane segments with a chromophore. The chromophore has a series of photoactive states that can be determined by its UV/vis spectra, making it an excellent protein for a range of studies. Measurement of the frequencies between 0 THz and 1.5 THz (0–50 cm–1) demonstrated that there was a net increase in absorbance in the photoactivated M state compared to the resting state. Another study used far-IR FT-IR to study Rieske protein from Thermus thermophiles.4 Rieske protein is involved in electron transfer reactions and has a core with two cysteine and two histidine residues which hold two iron atoms to form an electron acceptor/donor. The spectra of the protein shifted with a change in pH, which was interpreted in terms of a change in the internal hydrogen bond population. This field of endeavour has a lot of promise and will be worth watching over the coming years.

Another use for terahertz spectroscopy, which is still in its infancy, is the application to study higher-order protein structures including complexes, temporary interactions and rigid structures such as viral capsid particles. Analysis of polyomavirus capsid assembly, using far-IR FT-IR with a synchrotron radiation light source, indicated that quite radical differences in the absorbance spectra exist below 300 cm–1 (see Figure 1) between unassembled capsomeres (capsid sub-units) and the completed capsid (comprised of 72 capsomeres per capsid).6 Again, it is unclear whether this observed change is due to a marked difference in hydrogen bond population within the capsid structure or the detection of collective modes within the viral capsid shell.

Possibly the most contentious area of research using terahertz spectroscopy is its use to study the hydration layer around proteins. The finding that made this work contentious was the calculation that this method detected an “extended dynamical hydration layer” up to 20 Å from the protein surface (this accounts for a layer of around eight water molecules thick).7 The absorbance (75–85 cm–1) did not rise linearly with increased protein concentration but had a point of inflection consistent with a hydration layer which overlapped as the protein concentration rose (see Figure 2). This hydration layer is significantly thicker than that measured by neutron scattering and NMR relaxation. The early work in this field used a p-germanium laser as the light source. This immediately hampered other laboratories from verifying these results as p-germanium lasers are not readily accessible to protein scientists. A recent study used THz-TDS to study peptide samples in an aqueous environment.8 It measured a change in absorbance that was not linear with peptide concentration but had a point of inflection which was consistent with a hydration layer between 12 Å and 17 Å thick. THz-TDS is widely available and may enable protein scientists to study this phenomenon using an accessible technology.

A new method of analysis of the hydration layer around proteins raises a series of exciting possibilities. If a layer of water 20 Å thick does exist, it could well play a role in long-distance interactions (>2 Å) between proteins and proteins with small molecules. For protein chemists studying protein complex self-assembly or protein (drug target) small molecule (drug) interactions, this could be invaluable. If the extended dynamical hydration layer is verified, the next question that needs to be answered is “what is it”? It can be interpreted as being a hydrogen bond population that is significantly different to bulk water. However, there is no reason to assume the hydration layer is pure water. Proteins have charged amino acid side chains that have contact with the water; cations and anions can form electrostatic bonds with these side chains and, in turn, modify the hydrogen bond population of the water around the protein. Other small molecules may, in turn, modify the hydrogen bond or interact hydrophobically with a protein surface or sit within the “extended hydration layer” and play a role in this phenomenon. 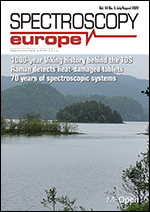